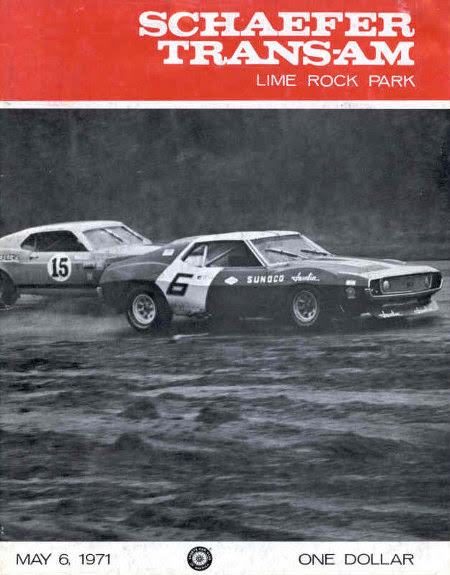 Jon Voigt was gently nipping from a cup of Schwarzwald tea as I walked past. He was sunken in deep thought. Thoughts about his race aboard one of the Bavarian Meister Werkstukken, I presumed. Earlier on, during a short interview, he had already reveled about the car. How it was light and agile. And eager to be thrown around the circuit. Bravely defying centrifugal and other forces. “And all along, it screams like a ferocious Leopard cub,” he had said.

He was analyzing his race with the team’s mechanic. Something mechanics often insist on doing, convinced that they may learn something from the experience. A new take on the car’s setup. Or an idea for new race tactics. Those kind of things.

Marcelo, the mechanic, was a grey Spaniard. A man who seemed to be growing more embittered by the day. And a man of few words as well. He listened to his driver with increasing bewilderment.

“The entire race felt like dodging a rubber ducky through an armada of giant boats. That’s how those over 2.5 liter class cars seemed to handle. Like steam boats on steroids.” The young driver was saying.

The mechanic nodded his head in despair. Then looked me straight in the eye. As if begging me to throw a question at him. Anything to take his mind off the obvious ineptitude of his pupil.

“You started the race from quiet a way back?” I offered him.

“At least within the under 2.5 liter class.” I quickly added. To avoid offending him too brutally.

“Yeah, well,” he hissed, “those hot qualifying laps only get you that far. And that certainly goes for long races like this one. We focused on getting a good stable setup for the car. One allowing us to make it through the race without too many spins and bumps. And that worked, didn’t it?”

He defiantly threw straight back at me.

“One spin, which was entirely down to the driver. An almost intact car at the finish. And 4th in the final standings,” he continued.

“Where were all those hotheaded wacko’s when the chequered flag dropped? The hotshots bursting of into a string of fast qualify laps. Snucked off to premature showers. Their cars crashed and broken, even before the race was half through. It’s like getting it on with one of them women in adult movies. And then blowing the load before even making it to second base.”

A rare chuckle escaped from his lips as he strode off.

Voigt followed him with a confused look and silently whispered.

“Truth be said, that is not why we were only 11th on the grid. I just couldn’t match the times of the fast guys. That’s why.” He said, sullenly staring at his feet.

It sounded refreshingly honest coming from a race driver. But maybe it also was prove that Voigt wasn’t a true racer. True racers are a lot like true men. They don’t care much about whether they make it to first, second or third base. Popping the champagne… that is the sole objective.

I watched the young driver strolling back to his camper. Truth was that, in the race, Voigt hadn’t really done that bad at all. On the contrary, he had held his head on his shoulders. Which, in a race filled with surprises, was more than decent.

Biggest surprise by far. The small under 2.5 liter cars had actually beaten the crap out of the American muscle. The feeble European ballerinas proved themselves particularly apt at lusciously devouring the sweeps of Lime Rock. And soon were much better at it than the Mopar tramps. Who had a jolly good time burning their rubbers as fast as possible. Burning rubbers while tangoing with actresses of the mature genre, is risky business however.

It resulted in the nimble European cars monopolizing the first half of the grid. The fastest American powerhouse around Lime Rock being Beretta’s Firebird. Who only managed a 17th spot on the roster with a 1 minute 2.8 seconds lap. Over 3 seconds slower than pole-sitter Greg Goissen. Who clocked a 59.5 seconds lap in his bright orange BMW. The Escorts of le Pihive and Larrad completed the qualifying podium. A string of Alfa’s, Escorts and Beemers in their wake.

As the starting flag dropped, le Pihive was faster off the line than Goissen. And went straight into the lead. Only to go wide in turn 1 and fall back to around 14th place. About last of the under 2.5 liter class. French BMW-driver Goissen didn’t hesitate and sped of in the lead. Larrad’s Escort close on his heels.

But there was much more trouble in turn 1. Navonne started last of the Alfa’s with a pack of American dogs on his back. One of the robust cars hit the Alfa from behind. Reducing the tiny Alfa to merely a ping-pong ball amidst a sea of roaring steel. The result was mayhem on the front straight as well as in turn 1. Bienerth’s Camaro hit the pit lane Armco but was able to continue. Only to get a second thump into turn 1, sending him off once more. As his car rolled back onto the track, Canton couldn’t avoid him. And drove his heavy Mustang straight into Bienerth’s rear. Navonne, Canton and Bienerth’s races were over.

Mean while, at the front, things seemed to settle. With the first four drivers running regular laps. Almost stable intervals separating them. It was however a long race, and things would not last.

First victim of the race was leader Goissen. He went of the track, damaging his car, and was forced to pit for repairs. Then, he went of again. And that was that: his day was over.

Fellow BMW-driver Chapman inherited the lead for a short period. Behind le Pihive had however made up the majority of lost ground. And was closing in fast. He soon caught the BMW and reclaimed his first place. To never cede it again.

Only 17 of the 36 starters made it to the end. The last of the finishers being 15 laps down on the race winner. Suanya lead his evil Barracuda to a win in the over 2.5 liter class. For the boys from Detroit, one thing was however painfully clear. Their big boats were unable to make even the tiniest fist to the Euro invaders.

“It was a hard day’s work,” le Pihive burped. A magnum of well deserved bubbles in his hand.

And that it had certainly been. For cars and drivers alike.

As I left the track grounds, I noticed Voigt cautiously touching one of the Camaro’s. The attraction of voluptuous women should never be underestimated. Even to those who are lyric about ballerina’s.